Tracy tragically lost her husband Jason when he was involved in an accident on a construction site. With our support, Tracy was able to maintain her financial independence and remain strong enough to carry on with two very young daughters during an incredibly difficult time. Tracy has continued to support the charity’s work and was even brave enough to speak about her experiences in our charity video. In June 2017, along with three other friends, she very bravely committed to completing a tough mudder obstacle race to raise money for the Lighthouse Club.

So this is Tracy’s story about remembering Jason, getting through sad times, enjoying happy memories and putting herself through 13 miles of pain and mud to give something back. 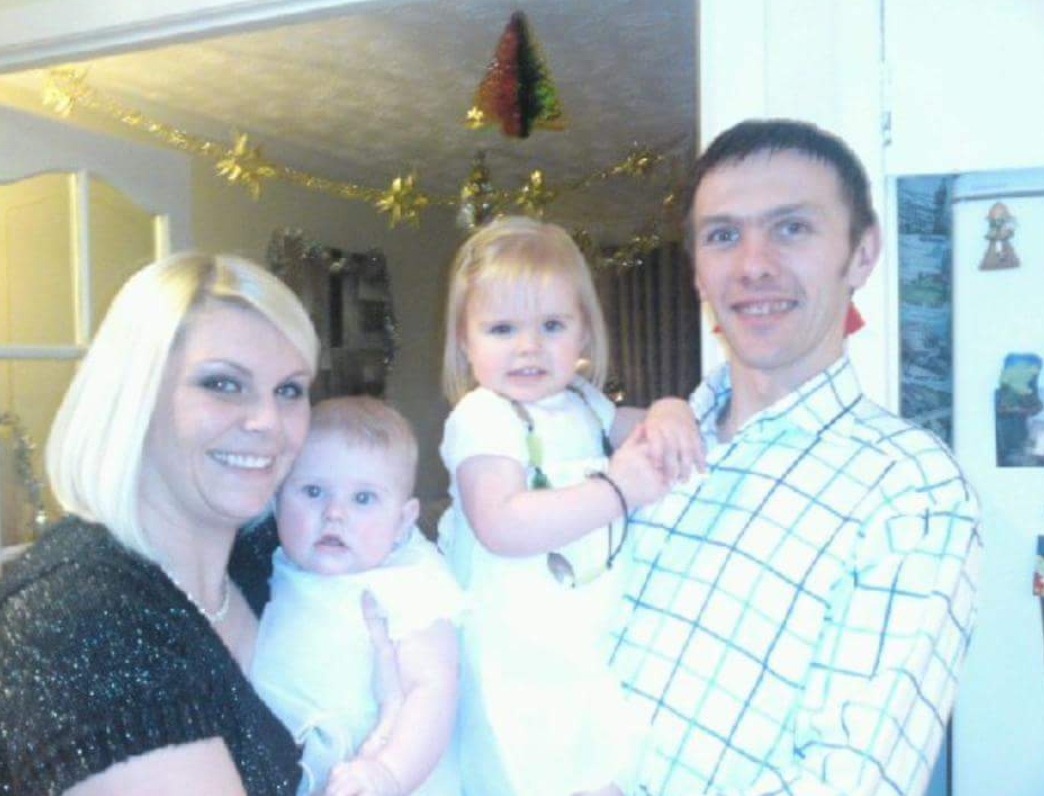 “It’s now been seven years since Jason died and yet in my mind it feels like yesterday. I see him every day in my kids, as my eldest daughter Hayden, who is nine looks like him and I see his personality in my youngest daughter Teigan who is eight.

They were both very young when Jason died and in my head, I thought I’m glad they were so young as they won’t remember the pain of it all. But because they were so young at the time of Jason’s accident, it also means they will never remember what a fun and loveable daddy they had which breaks my heart.

Jason is spoken about a lot in my house, I love telling the girls stories about their dad and we watch home videos I captured of Jason and the girls when they were born.
I know Jason’s death was an accident but when the kids hit a mile stone whether it’s a birthday, the first day of school or when Teigan was picked to be a flower girl in the town gala day or even the excitement on their faces on Christmas morning, I feel so angry and sad that Jason isn’t here with me seeing our beautiful girls grow up. 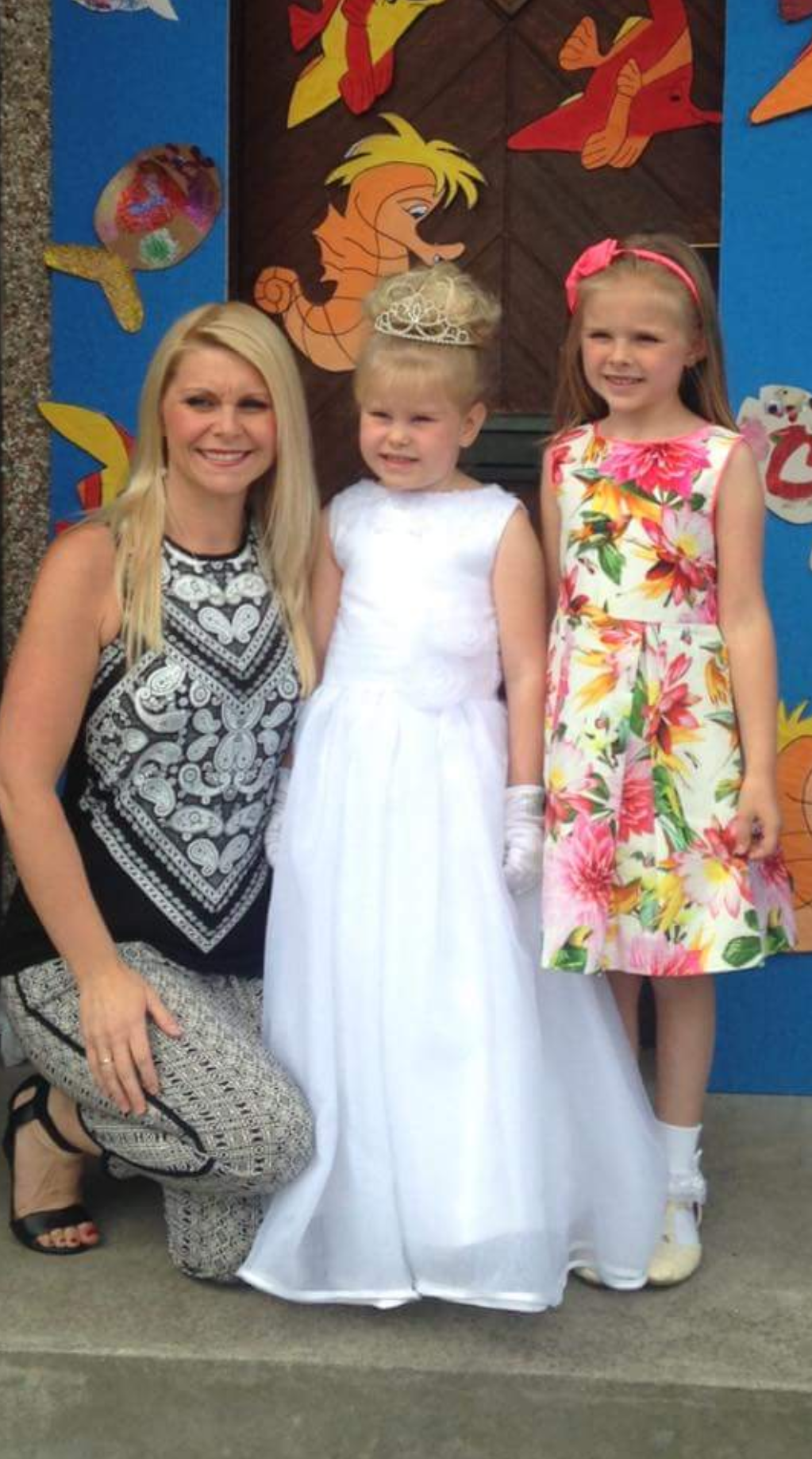 I often sit and look at pictures of the girls, there’s lots of day trips, holidays we have been on and fun things like the cinema, bowling or even just out for our dinner and I think none of this would have ever been possible if it wasn’t for the Lighthouse Club Charity. They didn’t just give me money, they gave me the ability to create the most amazing memories with my girls that I will be forever grateful for.

My girls go to Moray Primary School in Grangemouth and I was lucky enough to get a job there as the dinner lady. As part of keeping the kids healthy, the school had a fun day which was an assault course with mud and they named it The Moray Mudder. It looked great fun and that’s when the idea of doing a Tough Mudder to raise money for the Lighthouse Club came about. My friend Carole from work said she fancied doing it too along with her partner Frank. They are both pretty fit, whereas I get out of breath walking up to bed! So Carole, Frank and another friend called Carol and I signed up for a tough mudder. It was on the 17th June 2017.

I felt torn as 17th June was Teigan’s eighth birthday. I sat her down and explained to her what I wanted to do and why I was doing It. She was behind me 100% and just gave me a kiss and said “mummy you do the tough mudder and get money to help other wee girls who have lost their daddies”. Now I didn’t feel so bad it was time for the training to begin. I started in March, just jogging our dog Alfie round the park instead of walking. It was only short bursts of jogging and about an hour trying to catch my breath back! I had to get fit so I hired myself a personal trainer. His name was Nial and he specialised in Kettle Bell training. He made it look simple but it was so hard, I’ve never sweated so much standing In one spot. 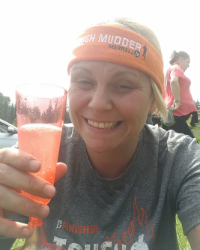 The 17th June was soon upon us and at 6:30am we all headed down to Dumfries, a few hours drive from where we live. I had very mixed emotions. I was nervous about not wanting to let anyone down if I couldn’t keep up and sad about missing Teigan’s birthday.

But as soon as we arrived the place was buzzing and the sun was shining. The buzzer rang and we set off, after one mile of jogging the first obstacle was a barbed wire fence we had to crawl under. It was so close to the ground we were swimming through mud which smelt a lot like manure! The whole course was 13 miles long and there were 20 obstacles. My kettle bell training definitely helped but nothing prepared me for the jogging. Three miles in Carole slipped and hurt her foot badly, but she kept going.

By eight miles I thought my legs were going to fall off. But always in the back of my mind was the reason as to why I was doing this. We all crossed the finish line together. It was a great feeling to know we’d done it and I’m so proud of all four of us. We got home very muddy, bruised and exhausted but high as a kite.”

We’d like to say a heartfelt thank you to Tracy for sharing her story with us again and for raising a fantastic £1765.37 which will make a difference to other construction families in crisis.

If you’d like to know more about how you can support our work and help people like Tracy, visit our Support Us page.