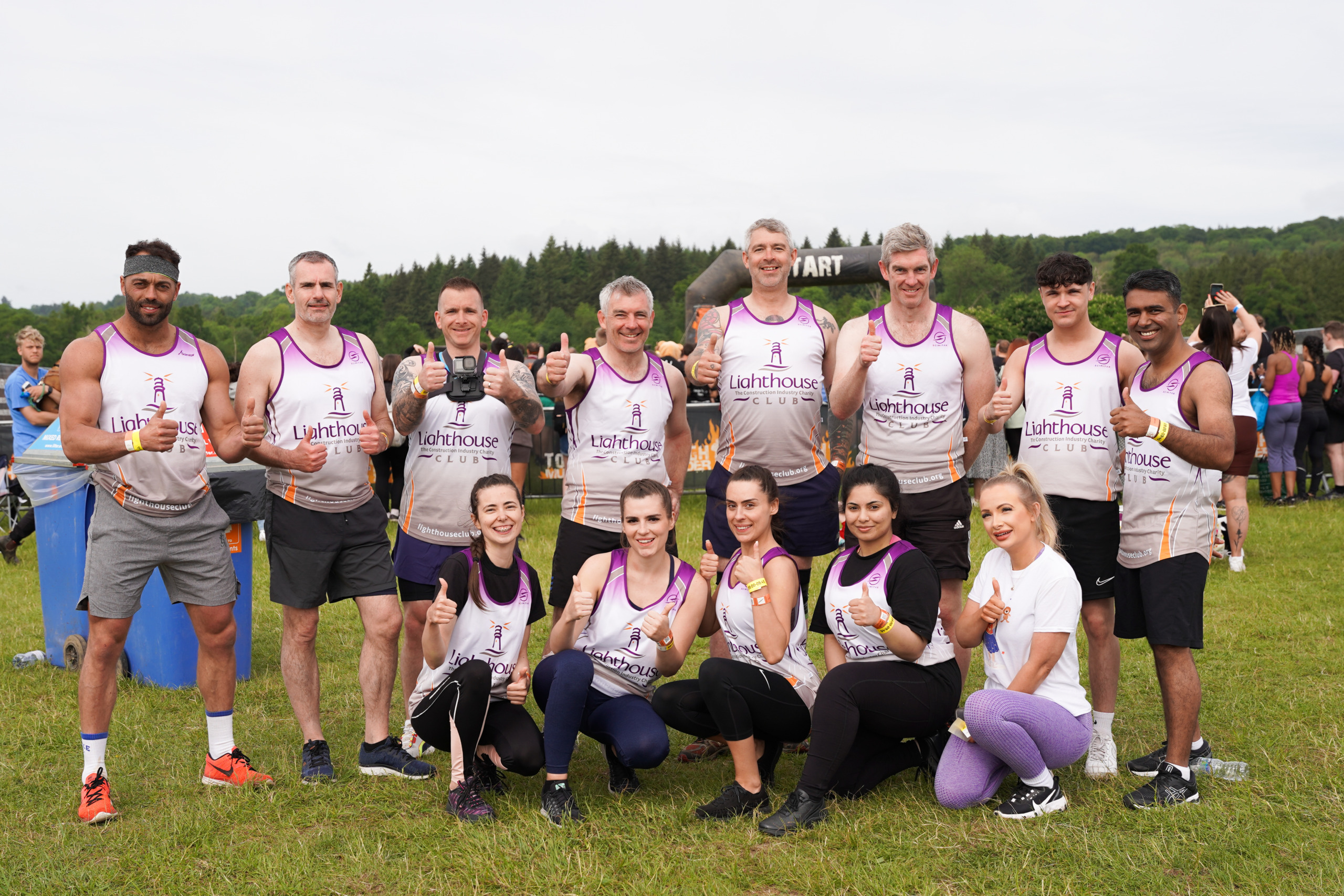 The L Lynch Plant team are well known for their epic support of the Lighthouse Club and once again they’ve come up trumps with their fundraising.

The team took on the ultimate challenge of 30 obstacles and 15km of mud for a recent Tough Mudder in Henley-on-Thames.

The passion and respect of the team to ensure everybody got over the finishing line as one team was inspiring. People of all abilities too part and nobody got left behind. The team showed inspiration and determination throughout and even though there were a few injuries along the way, they never gave up and worked together to make sure that everybody crossed the finish line with a massive smile.

A huge thank you goes out to Matt Taylor from Balfour Beatty Vinci who kept the team motivated throughout every obstacle.

The team lived and breathed the behaviours of the company showing their can do attitude, and they collectively raised over £5000 for the Lighthouse club.

Merrill Lynch from L Lynch Plant Hire said, “We are so pleased to be able to do our small bit for those in need, and those within our industry”