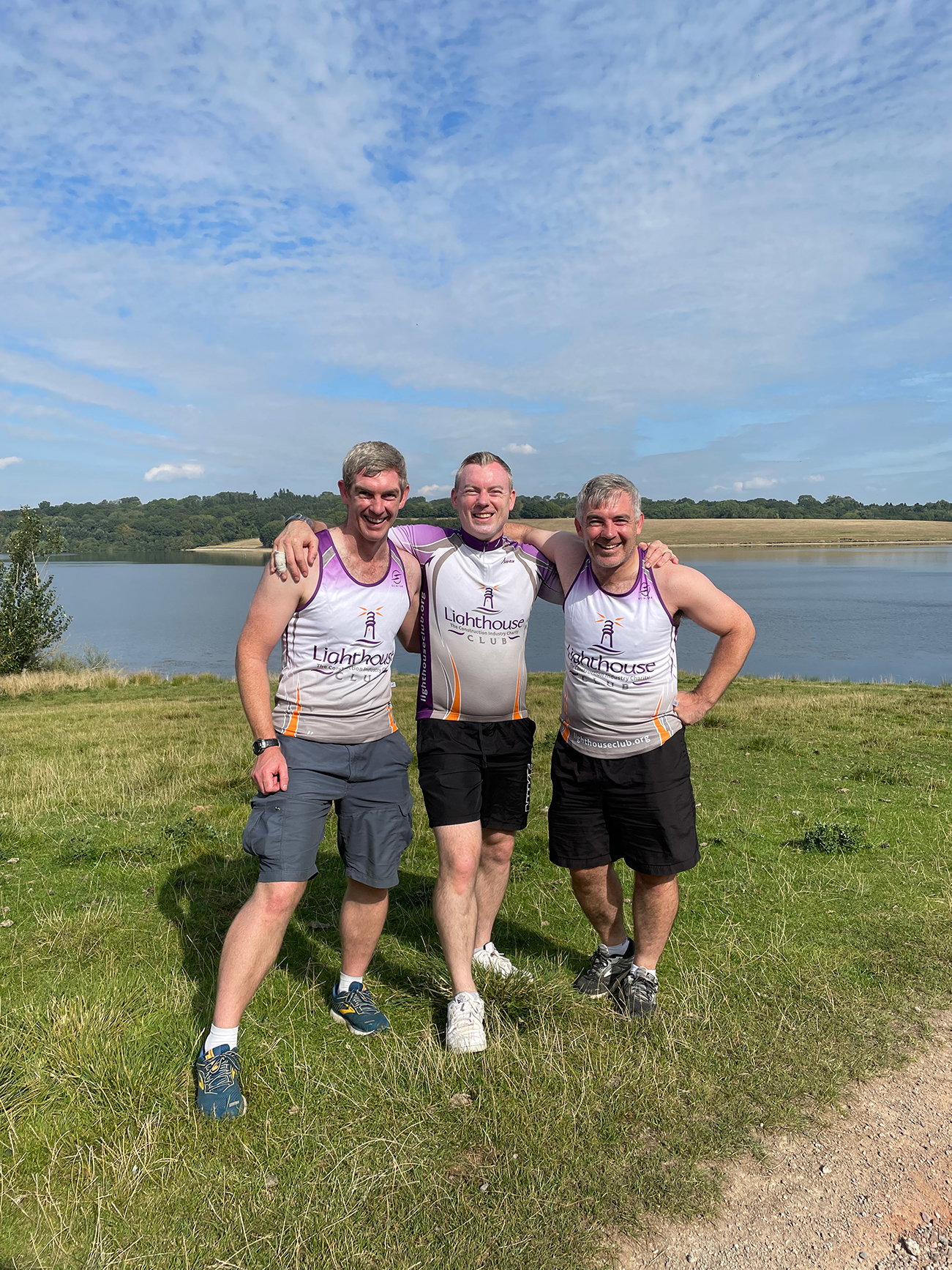 Lynch brothers lap up 26 miles each for Charity

Every  year the Lynch brothers take part in an arduous physical fundraising challenge in memory of their mother, Celia Lynch and to raise money for the Lighthouse Club Charity.

Last year they were unable to complete a physical challenge due to events being cancelled across the country and the restrictions of lock down,  so they sponsored the charity’s Christmas Cracker promotion to the tune of £10,000 instead!

But this year, the running vests and shoes were back on as the three brothers, Merrill, Rob and Lynch went back to testing stamina and fitness once againas they took on the 26 mile trial over Rutland Water Nature Reserve.

Merrill Lynch was grateful that the brothers were once again able to complete a challenge this year and said, “We are so pleased and proud to be able to do our small bit for those in need in our industry. The LIghthouse Club Charity works hard to help our construction colleagues and Lynch have been proud supporters of the work they do for over 20 years.”