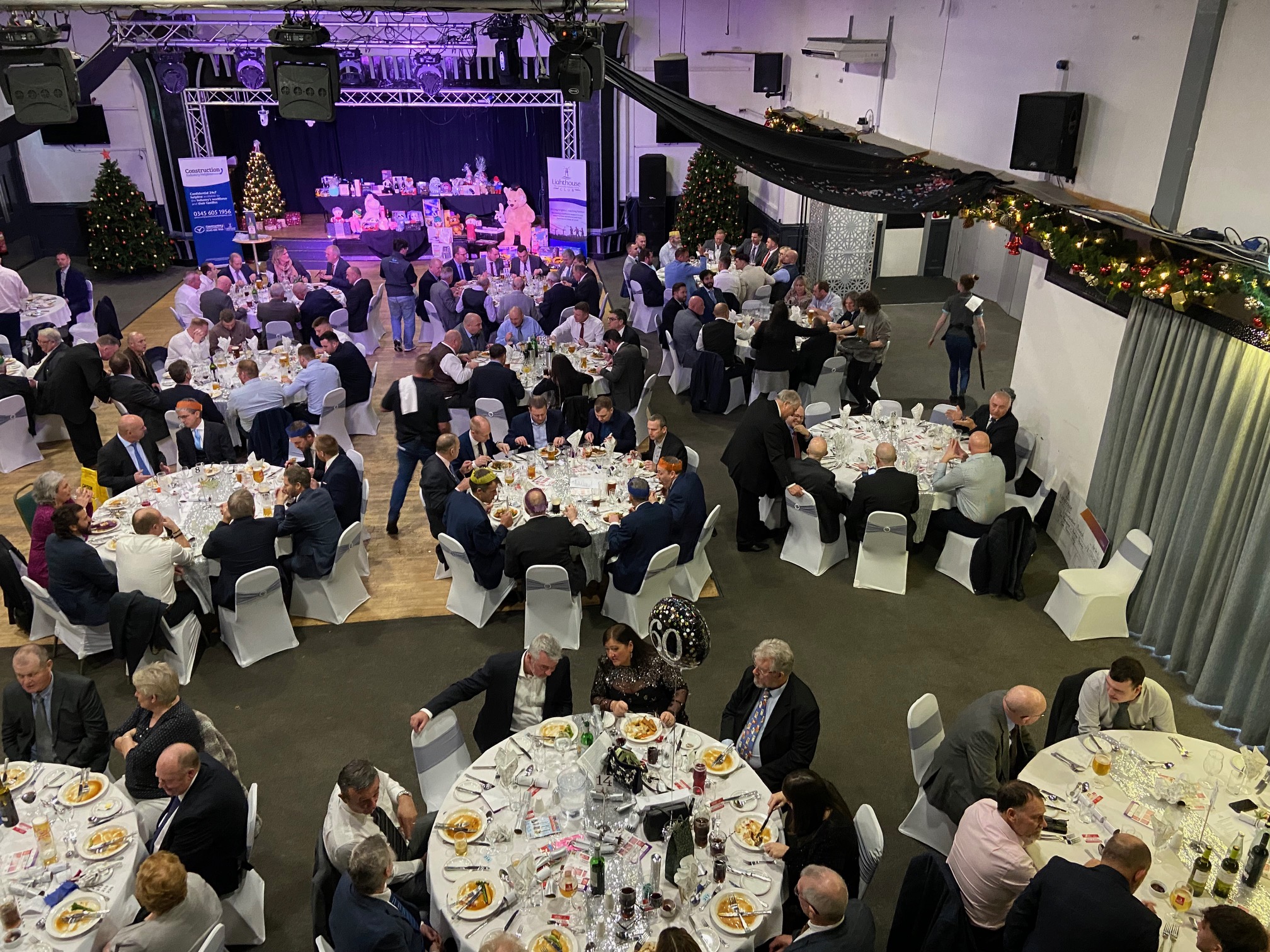 It was pleasing to report that nearly 200 guests attended which was a good increase over last year and we had reverted to our original venue, the Beachcomber, Humberston.

Guests were welcomed by Jo and Rosie, on arrival, at the draughty main entrance, selling raffle tickets, they did a great job in view of the cold conditions.

The Lunch started with our Patron, John Clugston welcoming the guests and giving some details of how the Lighthouse Club worked.  He gave a special thank-you to Ainscough Crane Hire for donating their Shutdown Safety Award at Prax LOR of £5,063, to our Charity and to Cris Drant and Peter Mears for raising £2,013 at the Race Night.  To end his speech, John’s contribution lightened the proceedings somewhat which got the Comedian laughing.  Perhaps next year we should ask John to be the After Lunch speaker!  This was followed by our Chairman, Roger Hunter, saying Grace before an enjoyable lunch.

The raffle for a gallon bottle of Jameson Whiskey was drawn and was very kindly put back into the auction for which the Committee was most grateful.

The stand-up bingo was the next item on the agenda which had a good run before a winner emerged, who very kindly donated the prize to the Branch.

The entertainment was provided by John Roscoe, a Liverpudlian Comedian, who kept the guests entertained especially with his ventriloquist act.

The raffle followed with over 15 prizes available.  To end the event, the auction ran for nearly 2 hours with our imitable Committee Member, Nick Borst as the auctioneer.  There were a good selection of auction items ranging from Manchester United football tickets, Steiff Bears, the ever-popular large soft toys, an air fryer which went well, various construction plant toys which caught the eyes of a few Dads, to a selection of drinks and chocolates.

The Committee were very appreciative of the many donated items for the auction and raffle from both Companies and individuals.