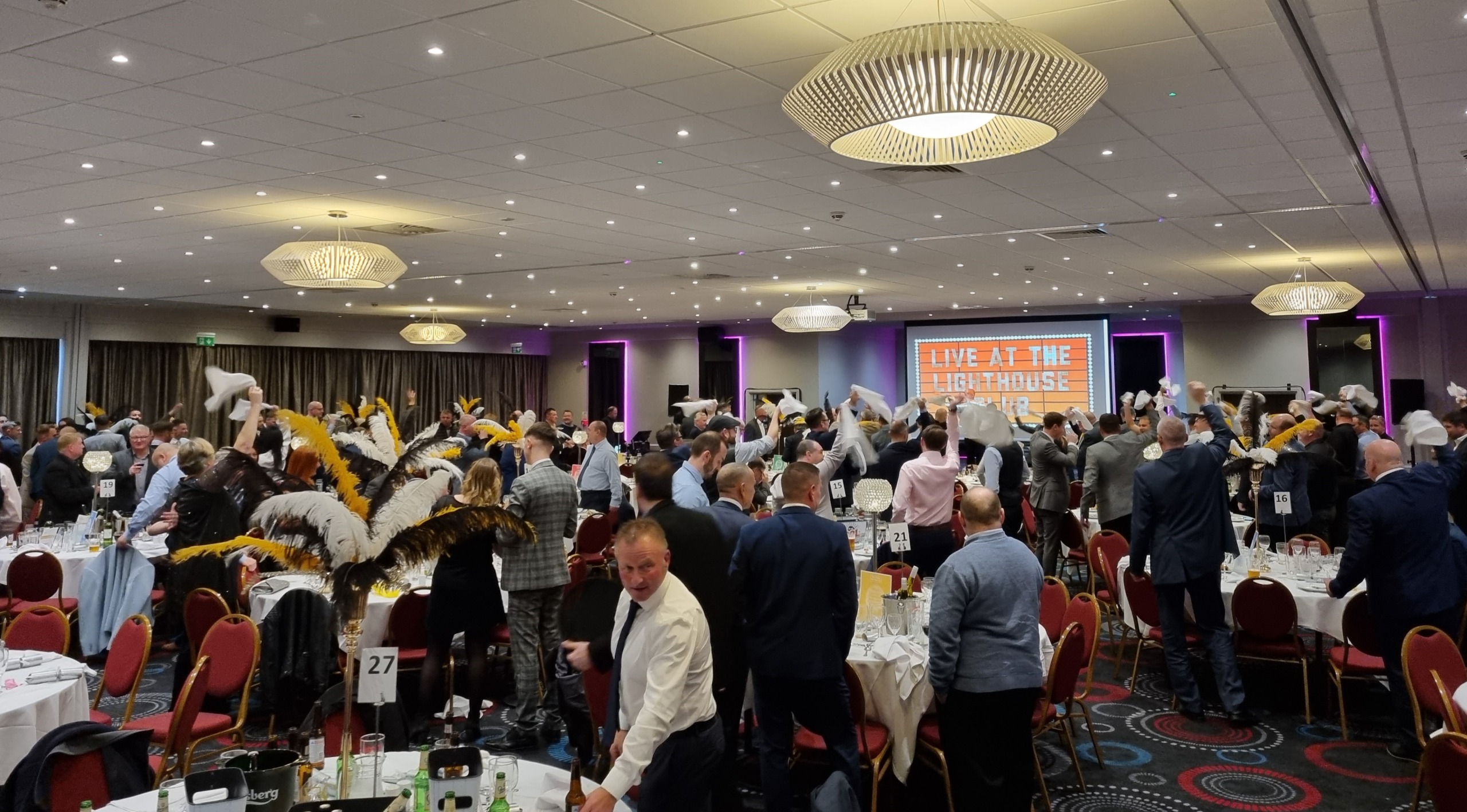 The East Midlands Lighthouse Club’s Christmas lunch was a much anticipated event in the social calendar, especially after the disappointment of the event being cancelled last year due to Covid restrictions. The mood was buoyant as people met for the first time in almost two years and everyone was looking forward to a fantastic afternoon of networking and celebrating in style.

MC Russ Williams was anchorman for the day and encouraged over 270 guests to enjoy the entertainment from a roaming magician and illusionist and to get involved with the Lighthouse Lotto and silent auction. Guests were treated to a fantastic three course lunch and seemingly ‘impromptu’ entertainment from singing waiters and waitresses who raised the roof with renditions of Nessun Dorma and That’s Amore.

Chris Armstrong, a beneficiary of the charity and now Club Secretary for the East Midlands delivered a poignant message when he shared the story of his own personal life struggles, which were exacerbated by the Covid-19 pandemic. The pressures of trying to run a business directly associated with the retail industry had an immediate financial effect and the emotional impact of this and other life pressures had a devastating effect on Chris’ wellbeing. He felt he had nowhere to turn to but thankfully reached out for support from the Lighthouse Club just in time. Chris is now on the road to recovery and has also joined the East Midlands club in order to help others going through similar struggles.

Gary Dorling, Treasurer for the East Midlands club said, “We are absolutely delighted with the huge success of the event and we managed to raise over £13,000 for our construction community. As well as giving everyone the chance to have a bit of fun and network, the Christmas lunch also gives us an opportunity to share the important work we do to support our colleagues in crisis.  We were humbled that Chris, our now club secretary felt able to share his own journey with our guests and it really highlighted the importance of simply asking someone if they need help or support. You could literally save someone’s life”

Carmen Dorrell, Club Chairperson closed the proceedings with a huge thank you to everyone that attended and helped make the day such a success. And for those of you that like to plan ahead, the date for next year’s event is already set for Friday 25th November!