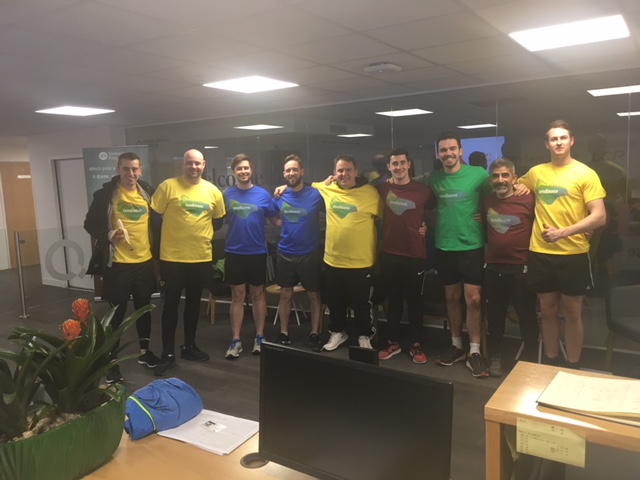 On the 26th March 2018 9 members of the Lendlease S9 Construction and Development team took part in the Stratford Tough Mudder 5K. The event took place right next door to the S9 site on the Queen Elizabeth Olympic Park.

Whilst the Tough Mudder was half the distance of a normal event it had many of the main course obstacles such as the 10ft Hero walls, Hang Tough (Monkey Rings) and the Pyramid Scheme amongst others. The team made up of various ages, made its way around the course together and ensured that everyone got over, under or through each of the obstacles. It was a really great event and everyone thoroughly enjoyed themselves.

The S9 team is now preparing for the next challenge in September 2018!