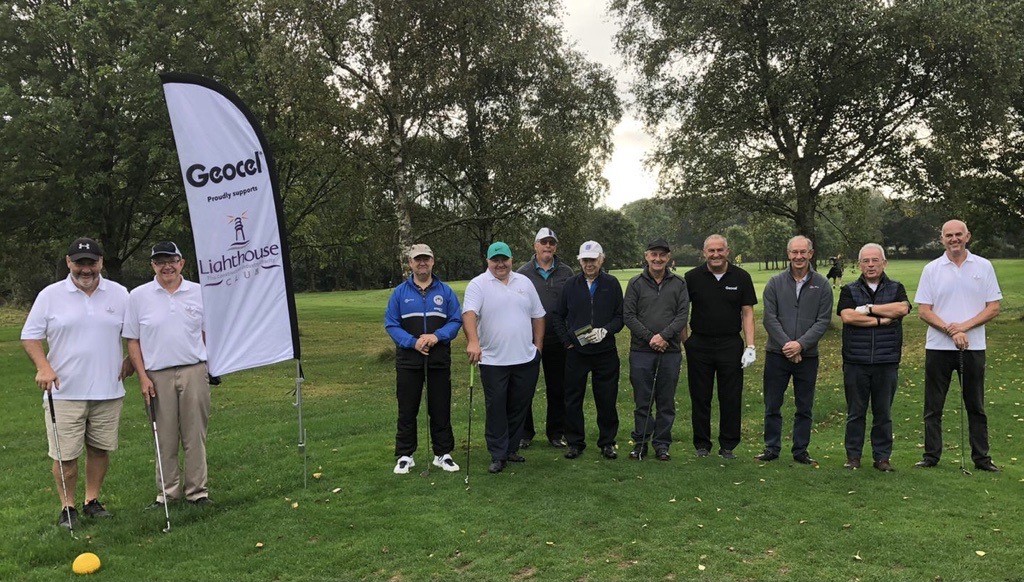 Geocel have chosen us as their charity partner for 2020/2021 and Alan Lacey, Specification Manager, in the Building Envelope and Glazing channel of Geocel, recently organised a community golf day to raise money for us. Here’s his story.

“The ‘Ormskirk Occasionals Cricket Club’ was founded in 1991 by a group of then young men who fancied the occasional game of cricket. 30 years later these young men have matured we now play  50 games a year.

There are still a few of the original founding members, like our skipper Malcom Greg, who play regularly but over the years the numbers have swelled and there have been literally hundreds of players (young & old) who have joined the team and some have played over 500 games!

Cricket was nor permitted during the first Covid lockdown in 2020 but playing golf in groups of two was, so two of the regular cricketers, Adrian Antell and Tim Stevenson decided to have a game of golf at a local 9 hole golf course. We were blessed with fantastic weather so decided to book a few tee times and see who was interested in joining.

Their hope was to encourage those who were struggling with lockdown and isolation to exercise safely and share company during difficult times. The response was overwhelming and now, eighteen months later, we have been golfing twice a week with over 30 players having played.

The enthusiasm and positive energy has been a real lift for the wellbeing of everyone involved.

Sadly one of the regular cricketers, Geoff Wilde, passed away suddenly due to liver cancer.  Geoff was an active 80 years old and looking forward to the coming cricket season so that he could become the first octogenarian to represent the ‘Occasionals” in one of our matches. He too was a keen golfer and had been a member of the West Lancashire Golf Club since the early 1960s playing at least one game per week almost every week since then.

We knew that he would have been an enthusiastic participant in our weekly golf and we decided to hold a charity golf day in commemoration of him and to raise money for two good causes, the Lighthouse Club and Queens Court Hospice, where Geoff passed away.

We are eternally grateful to these two organisations and the tireless work they do to improve the quality of life for people in very sensitive situations and we are proud as  “Occasionals” to help raise much needed funds for them.

As a cricket team and a golfing society we look forward to using sport as a means of exercise, enjoyment and fellowship for many years to come. Our philosophy of inclusiveness and embracing the true spirit of sport will hopefully continue to bring us together and have a positive effect on everyone we play with and against!”

Thank you to all the Occasionals for thinking of us during difficult times and our condolences go to all of Geoff’s family and friends for their sad loss.