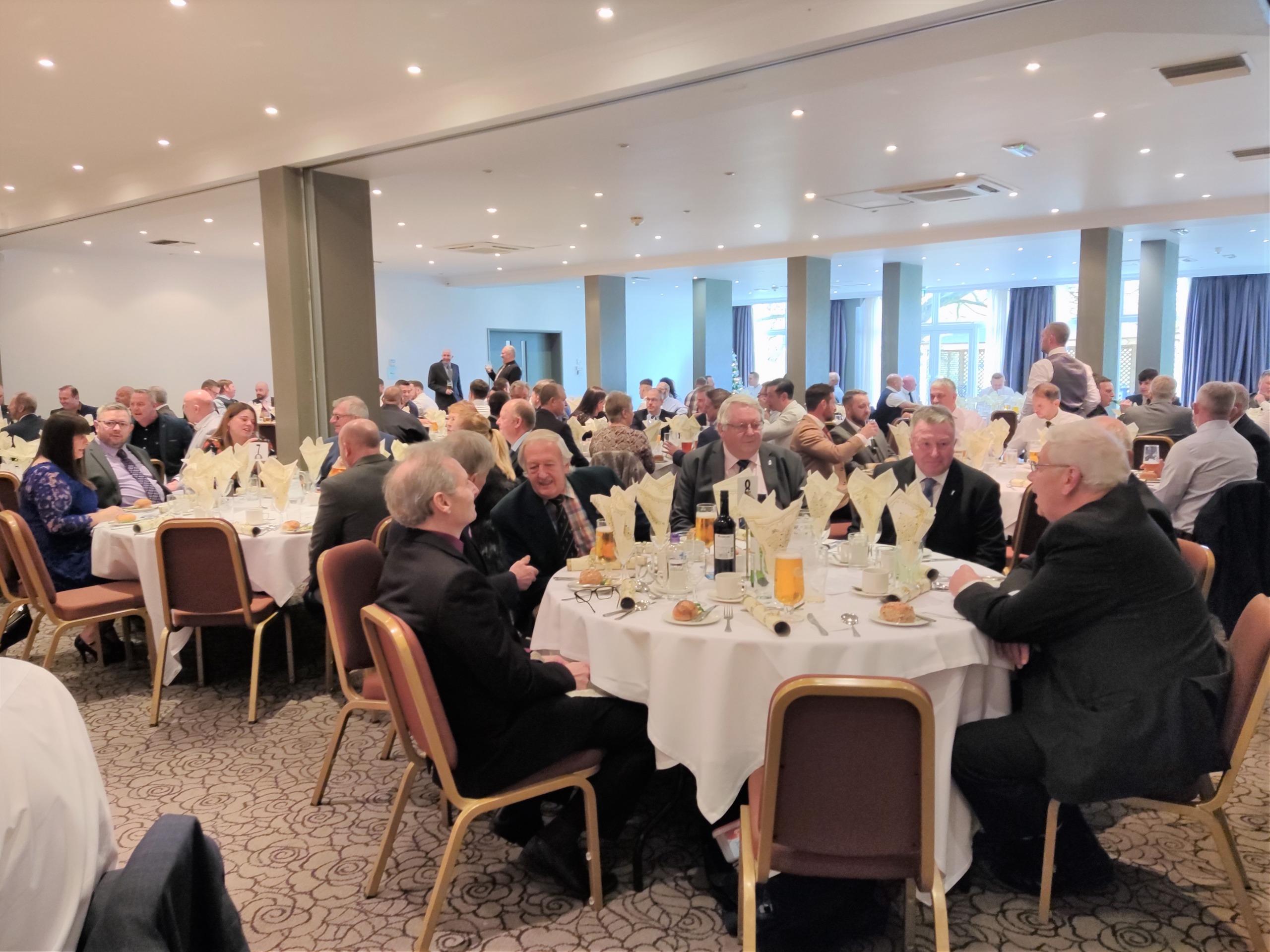 Fun at the Lincolnshire and Humberside Regional Christmas Lunch

After a year of various Covid rate alarms and eventually with rates starting to decrease, the Committee decided to go ahead with the 2021 Lunch.  Difficulties ensued in trying to find a suitable venue which was overcome.  Jo, our Social Secretary worked extremely hard in finding guests which totalled 170, much higher than we had ever thought possible.

A bright, sunny day welcomed the first guests arriving at 11 am to the Humber Royal Hotel, Grimsby to be welcomed by Jo and Rosie selling raffle tickets.

The Lunch started with Chairman, Roger Hunter, welcoming the guests.  He apologised for the absence of John Clugston, our Patron, due to illness.  On a sad note, he announced the death on 4 April of Allan Hemmings, our previous Chairman for 20 years and a member for 37 years.  He appealed for younger members to join the Committee to carry on its important work of fund-raising for this important industry charity as four of the six Committee members were aged over 70.

During an enjoyable lunch, the raffle for a gallon bottle of Jameson Whiskey was drawn and won by a much-surprised, young lady.  The entertainment was provided by Billy Flywheel with his clean, non-offensive humour, mystical tricks and bizarre happenings. This was the third time he had appeared at our lunch and was better than ever.

The stand-up bingo was the next item on the agenda which had a good run before a winner emerged and was followed by the raffle with about 20 items. To round up, the auction ran for about 1.5 hours with our imitable Committee Member, Nick Borst, in charge.   There were a good selection of auction items ranging from Manchester United football tickets, a Lancaster Bomber limited print, food & drink hampers, Steiff Bears, the ever-popular large soft toys, various construction plant toys which caught the eyes of a few Dads, to a selection of drinks and chocolates.

The Committee were very appreciative of the many donated items for the auction and raffle from both Companies and individuals.