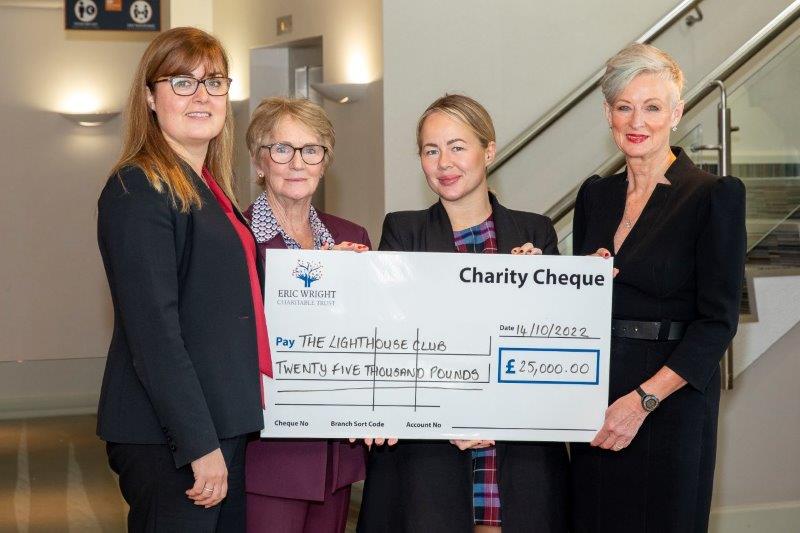 Each year, the Eric Wright Charitable Trust chooses a small number of charities as its Charities of the Year over and above its general charitable donations in recognition of the outstanding work that they do.

This year nominations were invited from within the Eric Wright Group and we were nominated by Eric Wright Civil Engineering. This nomination has been accepted by the Trustees and we are delighted to announce that the Lighthouse Club has been chosen to be one of their Charities of the Year for 2022 and receive a donation of £25,000.