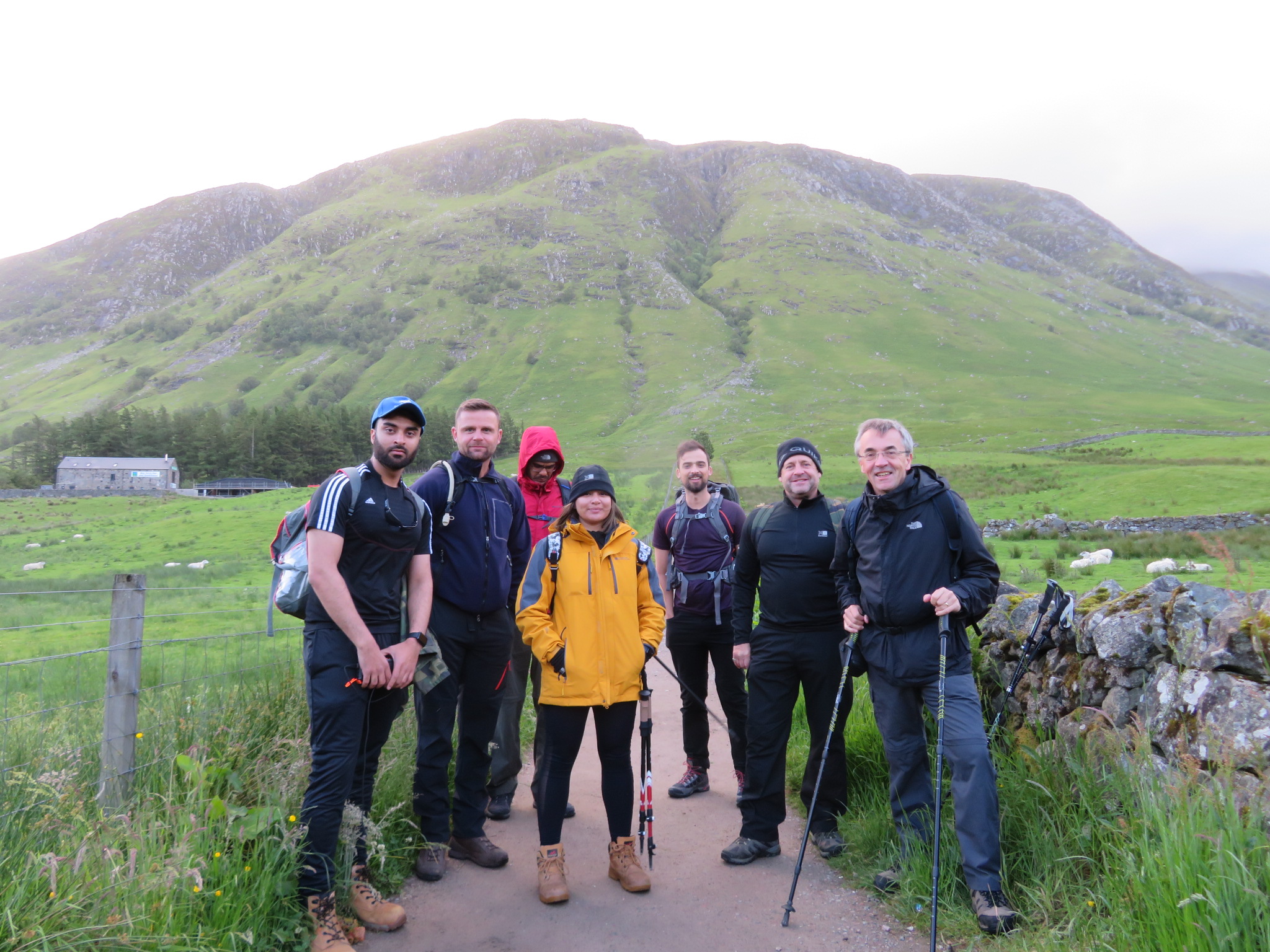 We caught up with Balfour Beatty Vinci (BBV) after their impressive national 3 Peaks Challenge. They chose the challenge as a great way of boosting their emotional well-being and taking on the 3 peaks is a considerable feat and it was not a given that they would complete it.

Due to the number of people supporting the event, they split up into two teams and undertook the challenge over consecutive weekends for which L Lynch Plant Hire kindly provided transport.

Facing 70mph winds, torrential rain, summiting Scafell Pyke at midnight and dealing with tyre blowouts, it was certainly a weekend for them to remember!

Despite all the challenges, the team still managed to have great fun and enjoy some special moments such as seeing the sheer beauty and ruggedness of the Scottish highlands, climbing Scafell Pyke by head torch and summiting Snowdon in sunshine. They celebrated after the descent with a cold beer and ice-cream when back in Llanberis.

After each summit they also experienced the ‘joy’ of putting wet kit back on for the next summit!

Through all their effort, BBV raised a staggering £6,000!

When asked why BBV decided to support our charity, they plainly stated that ‘people are three times more likely to die by suicide in construction than the national average, a statistic which is simply horrendous’ and they wanted to do something to change that.

Thank you so much to the team at Balfour Beatty Vinci for continuing to be avid supporters of our charity.