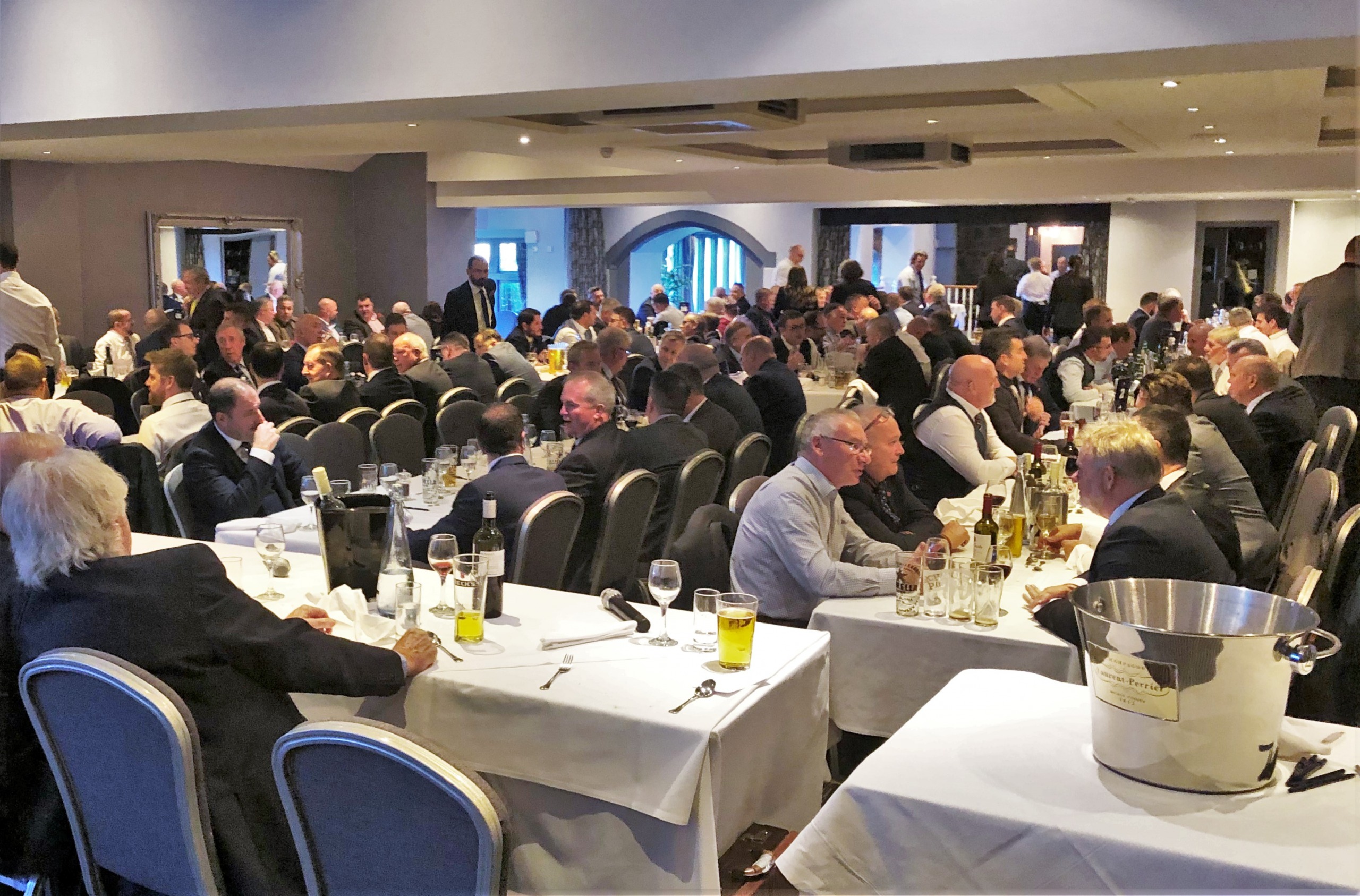 After a year of Covid restrictions and disruptions that came with them, the Western branch committee were eager to hold this year’s annual luncheon as normally as possible. We did take an early decision to reduce the numbers by a third. This still meant that with the help from the staff of Double tree Hilton at Cadbury Court Congresbury we were able to host a dinner of about 250 guests.

Thanks to Alan Waterston, our branch Chairman, who, as always, worked endlessly to organise the successful event1. He opened the proceedings by highlighting the risks to the bulk of our members of prostrate cancer. After this, it was time to introduce our usual compare of Stan Boardman who had brought the great Dennis Taylor and the very funny Gary Skyner.

During an enjoyable lunch, the traditional “heads and tails” was held where questions started to be raised about the validity of the coin as about seven consecutive heads were flicked prior to a tail! An eventual winner took the cash prize.

A noisy auction and raffle was presented by Stan at the end of the meal, thus allowing the guests to continue into the afternoon and early evening enjoying the hospitality. The committee were very appreciative of the many donated items for the auction and raffle from both companies and individuals

Although there were fewer guests in attendance this year, we have already received comments that it was the best event yet. The event raised over £4000 that allowed the Western branch to donate £6000 to the charity this year. Considering we were unable to hold any other events this year we are thankful to all our supporters who attended this event.