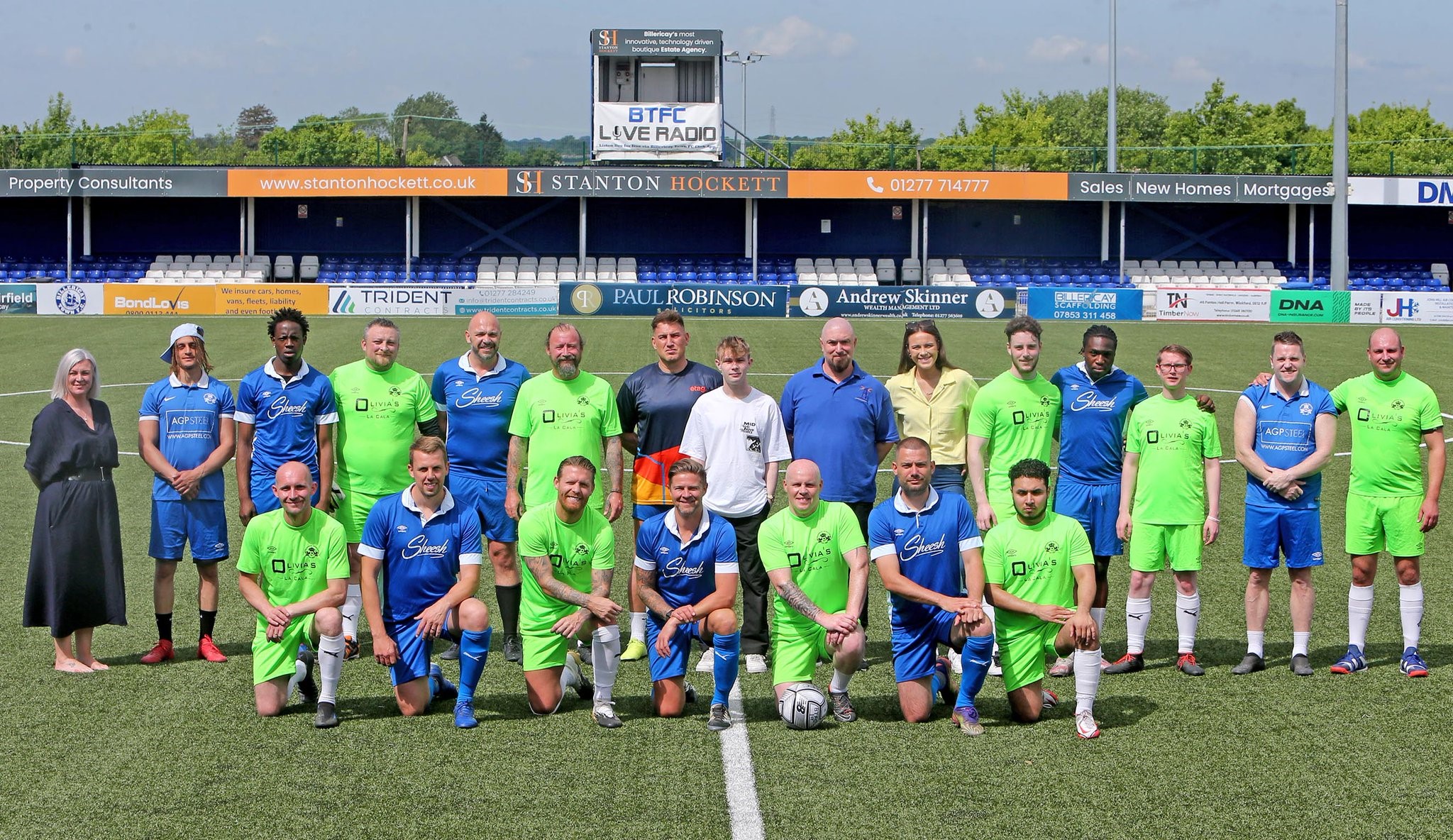 The sun was shining as Etag held their first charity football tournament. The event was a brilliant success and everyone had a great deal at fun at Billericay’s New Lodge.

The two teams, Etag United and Lighthouse Beacons put on a great spectacle which was enjoyed by both players and fans. As soon as the match began, it was clear that all players were committed to victory!

The first half ended with both sides scoring one goal. An intense half time followed as team talks and motivational one liners could be heard from both benches.

A thrilling second half ensued with both teams ready to give their all. After more goals from both sides, it was into extra time with five goals being scored in the space of ten minutes.

At the final whistle Etag United were crowned winners of the Etag charity football shield!

“We chose the Lighthouse Club as the dedicated charity for our football event as they have a very important role in the construction industry and we’re proud to have been supporting them since 2020. As a company in the market, it’s important for us to highlight mental health within the construction sector. The Lighthouse club are the only charity that is doing this, specific to the industry.

The wide-range of services that we provide are very important to people who are struggling with their mental health. We support the charity as we hope that if any of our staff members are having mental health difficulties, they know who to reach out to and the services which are provided by them.”

Congratulations to Brian who received the Man of the Match award for producing an excellent performance for the Lighthouse Beacons!

Thank you to everyone that played with passion, all the supporters cheers and of course for raising much needed funds for us! It’s a hat trick!!